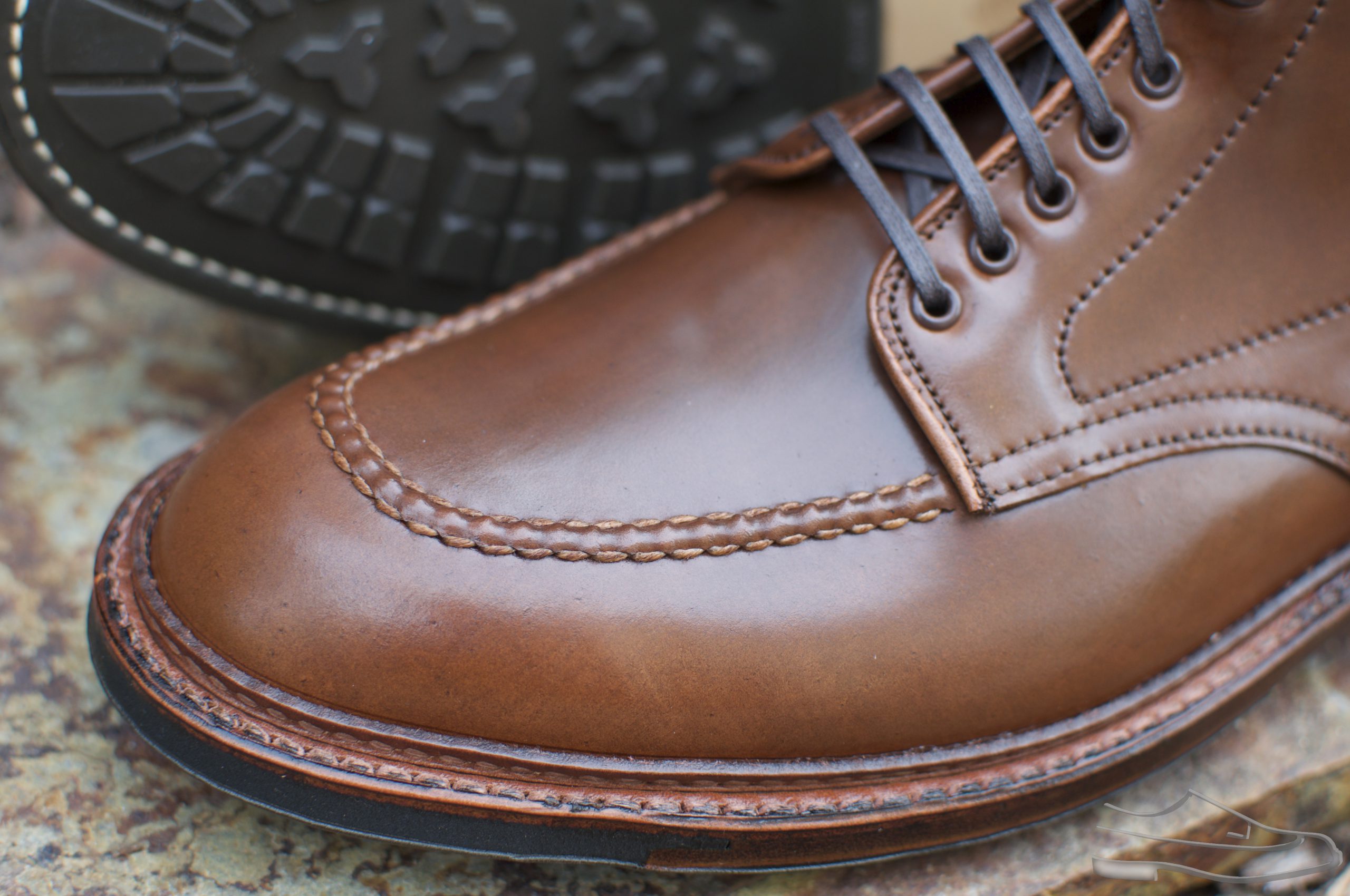 The welt is the strip of leather that runs along the edge of the outsole that is the attachment point between the outsole and the strip of canvas (gemming) that is cemented to the inside of the shoe. The space enclosed by the welt is then filled with cork and a steel shank. This process of welting a shoe was invented by Charles Goodyear, Jr. in 1869. The benefit of using a welt to attach the outsole to the upper is that it allows the shoes to be resoled multiple times, thus giving the shoe a much longer lifespan. The Goodyear method was one of the first alternatives to the traditional handwelted method, thus allowing manufacturers to much more rapidly and consistently apply the welt to the shoe. The Goodyear welt was also considered to be more waterproof than prior welting mechanisms. Alden shoes are Goodyear Welted.

Flat Welt – Note the absence of the vertical piece of leather between the upper and the sole. 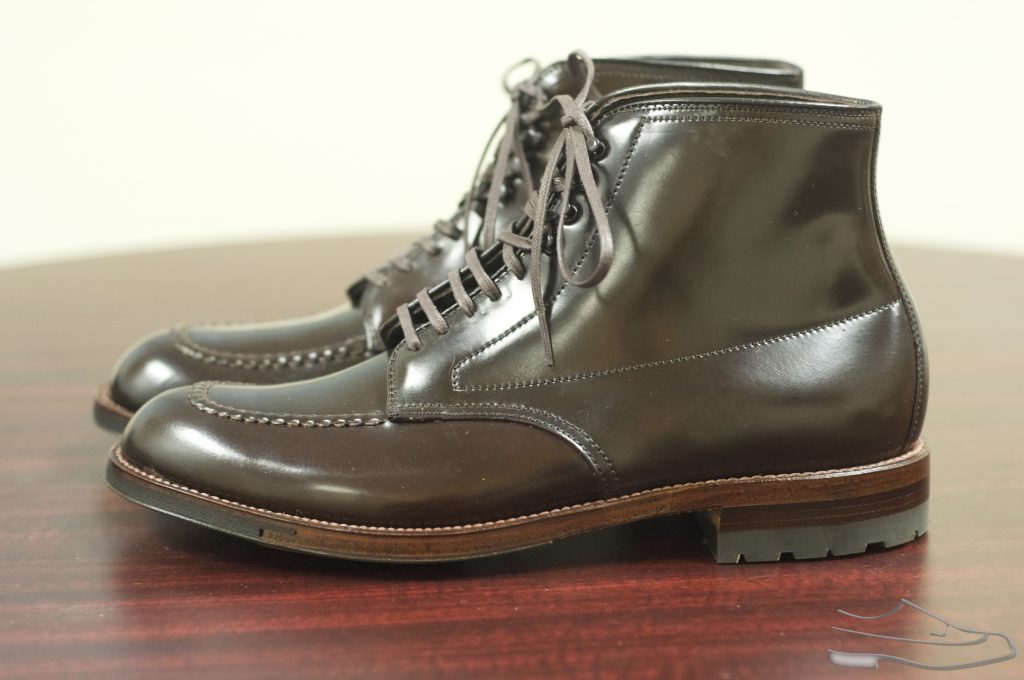 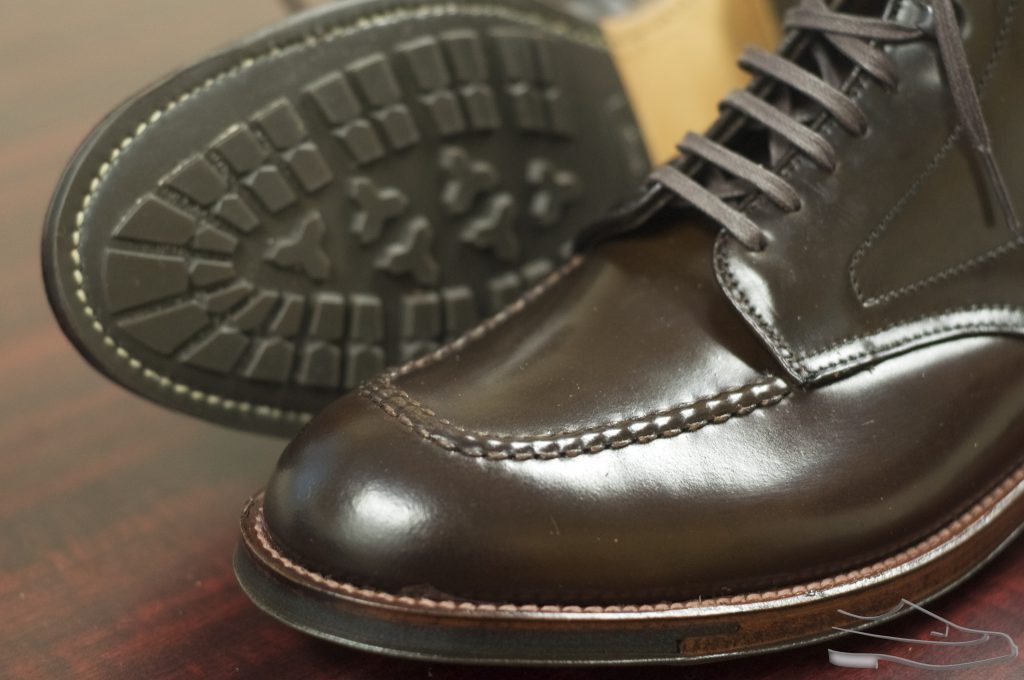 Storm Welt – Note how the small vertical piece of leather between the upper and the sole. 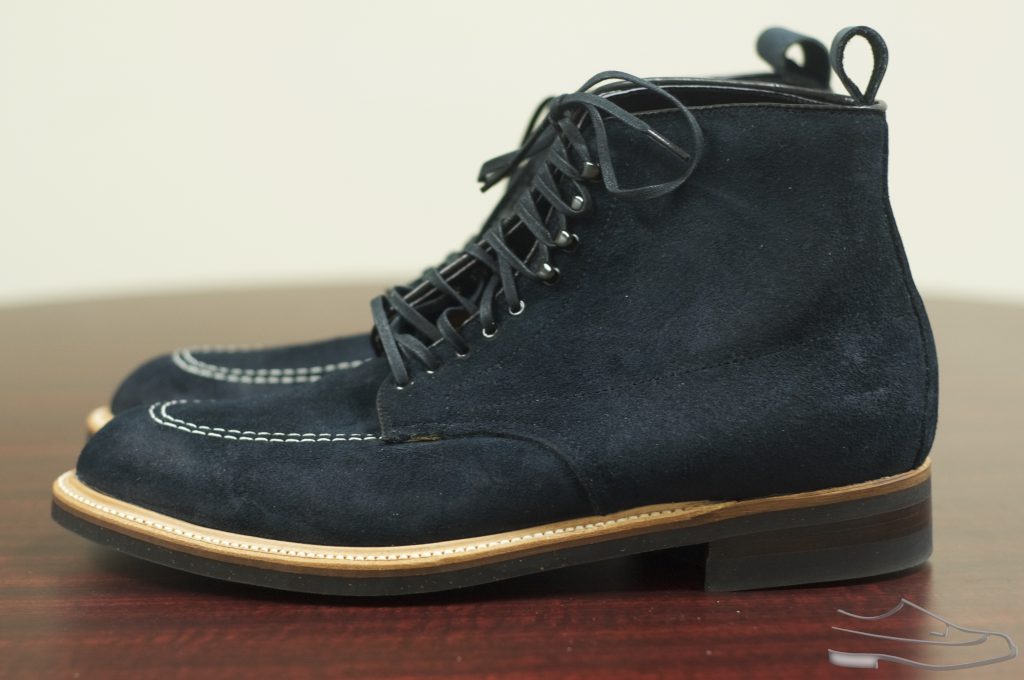 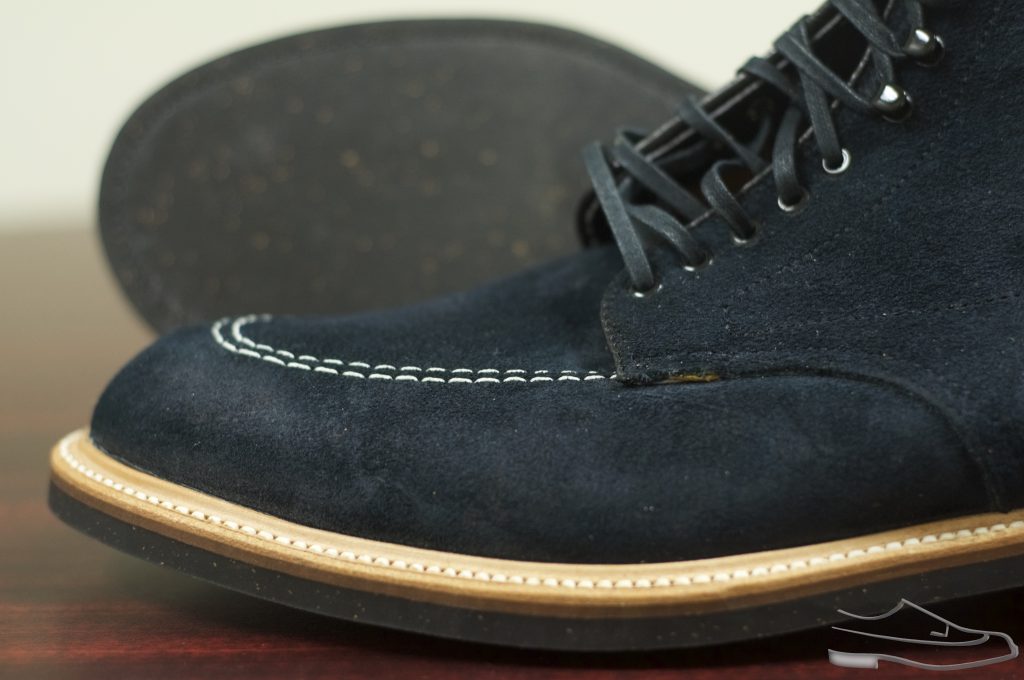 Pre-Stitched Reverse Welt – Note how the small vertical piece of leather between the upper and the sole has a subtle, but distinctive stitch on it. 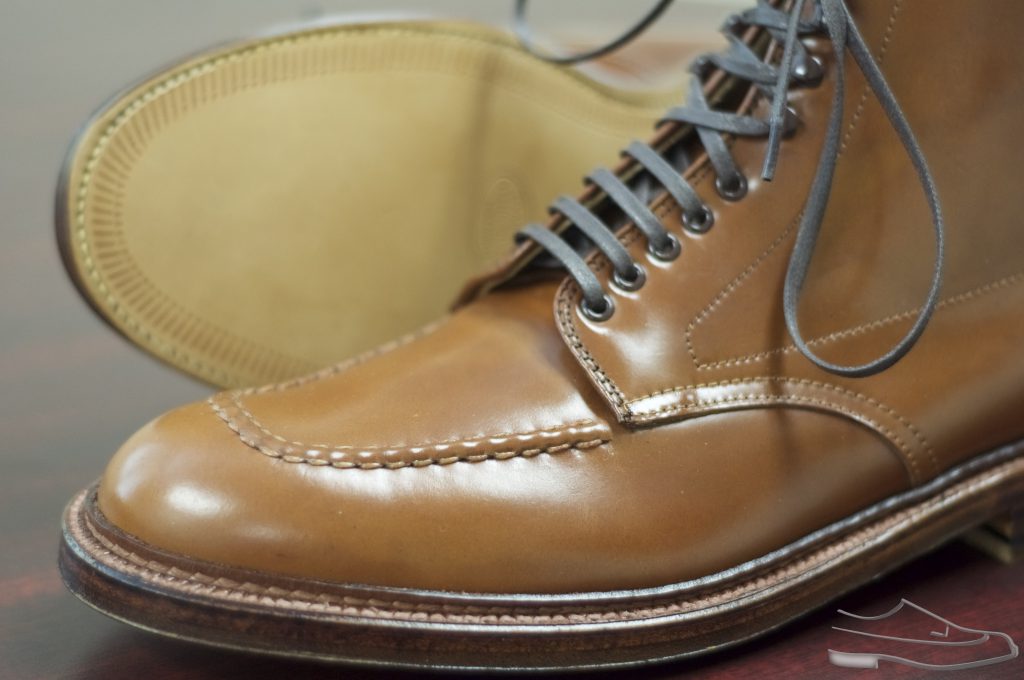 360 Degree Welt – Note how the welt line goes all the way around the shoe. 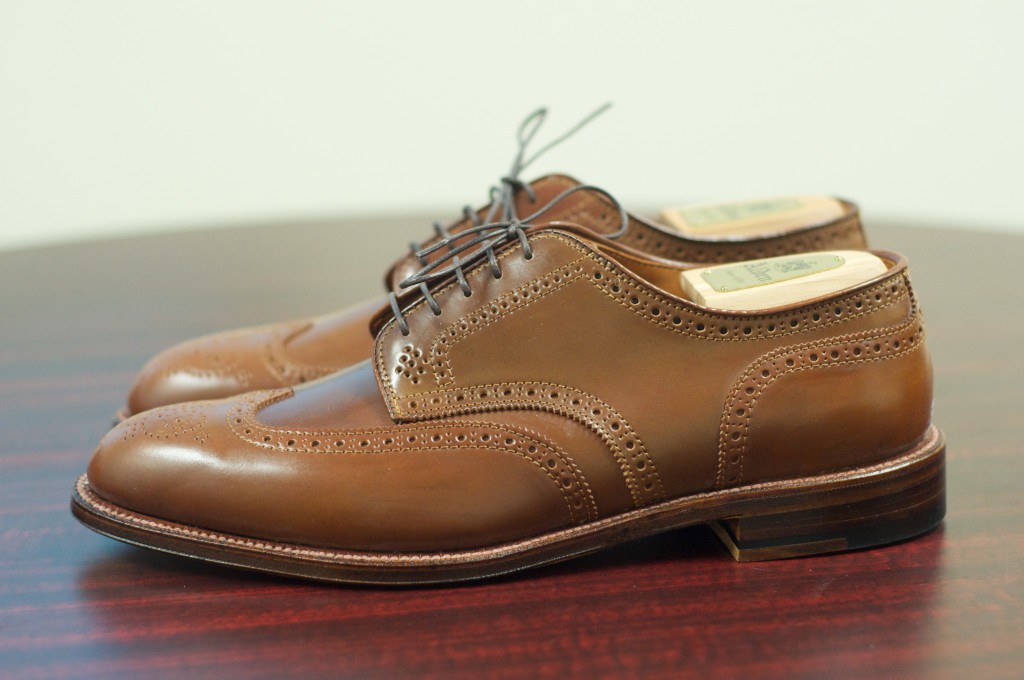 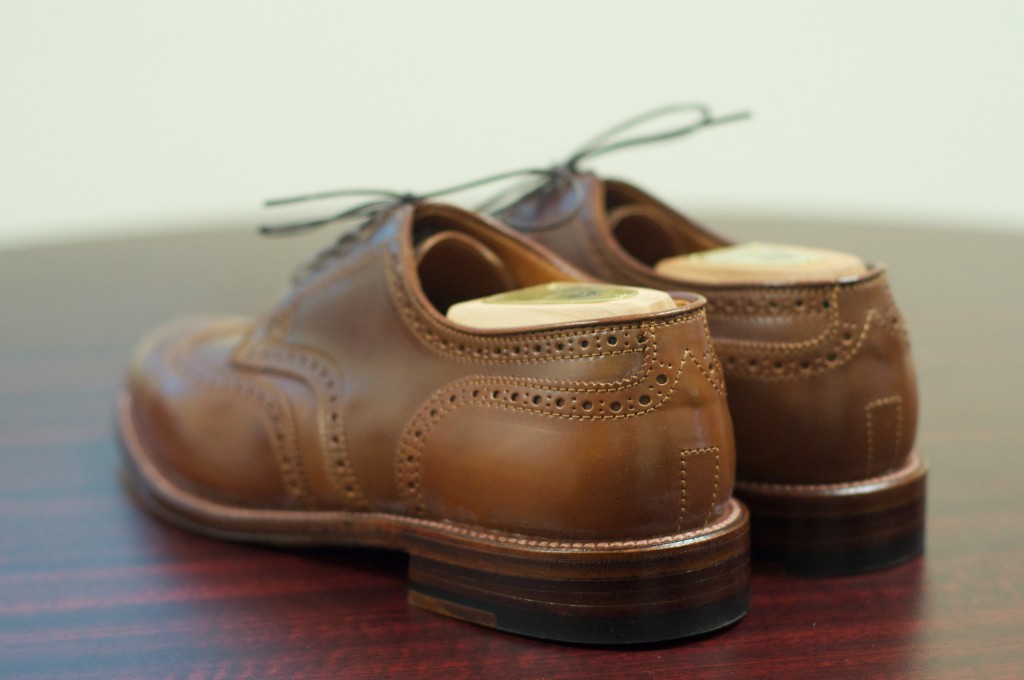 270 Degree Welt – Note how the welt line (stitching) stops at the heel. 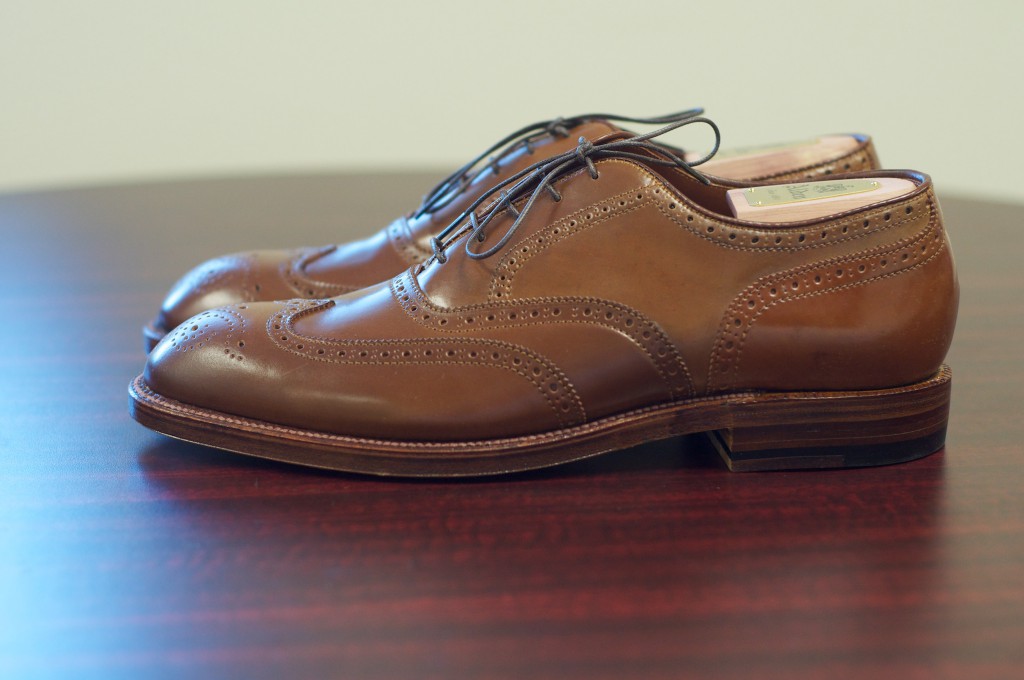 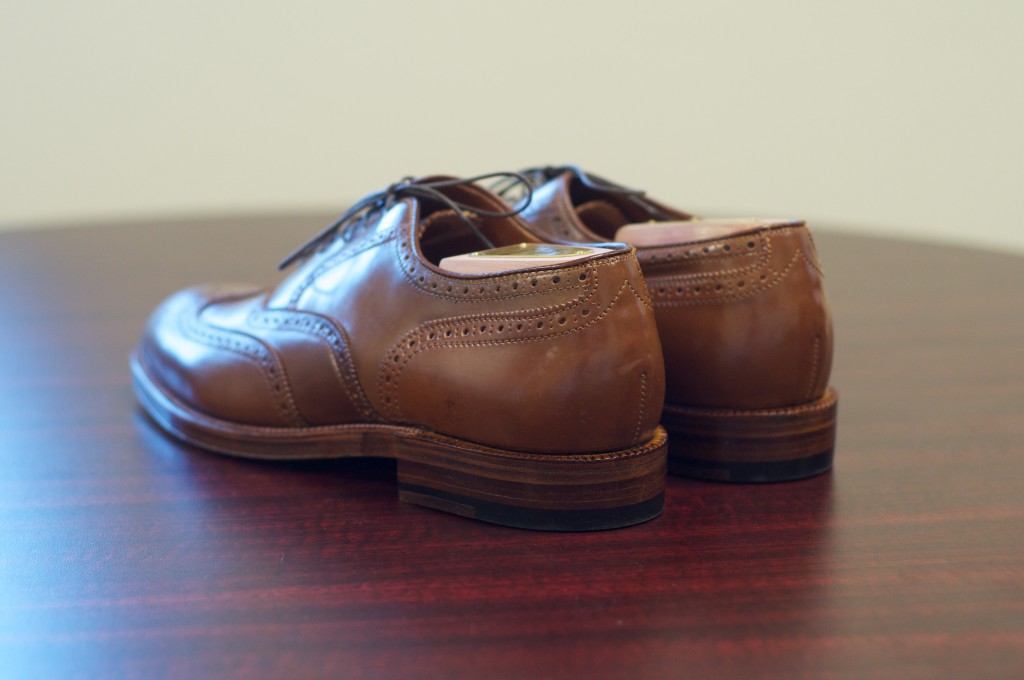 So, what are the advantages between the different types of welts and attachment styles? Frankly, the difference in terms of performance is minimal, some would say that the storm welt, due to having the vertical piece of leather, is slightly more waterproof. The main difference is aesthetic. 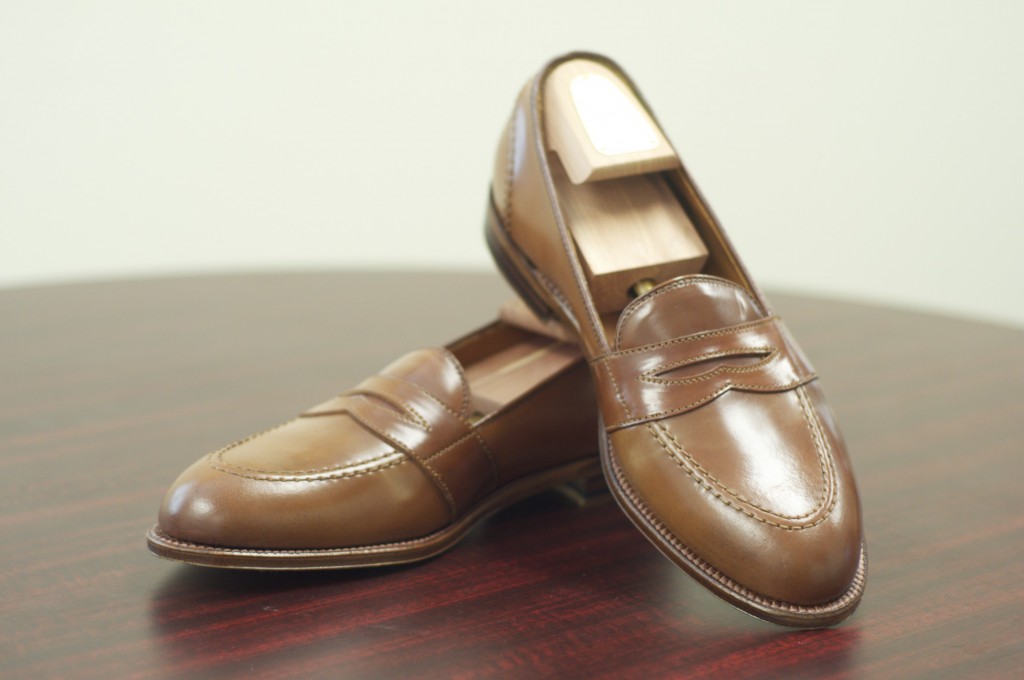 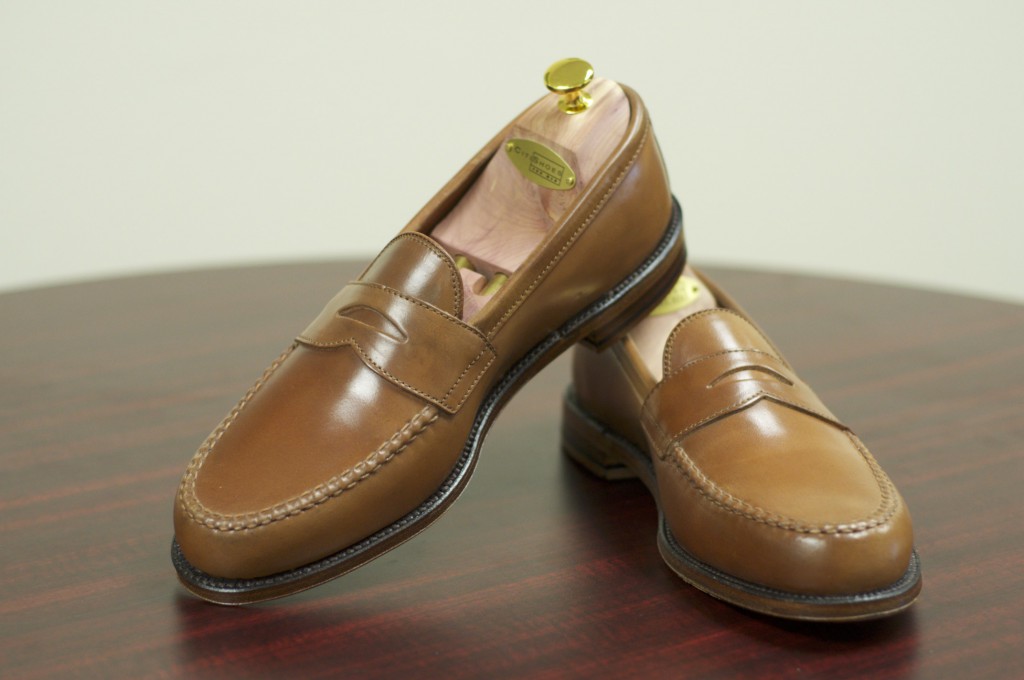 One thing that designers have learned, when designing special makeups, is to mix things up and combine more casual materials with more formal touches or vice-versa. One terrific example of this is the Leffot Snuff Suede Wingtip Boot. For this boot, Leffot combined a casual material, Suede, with a formal Last, the Plaza Last, and a 270 degree, flat welt. 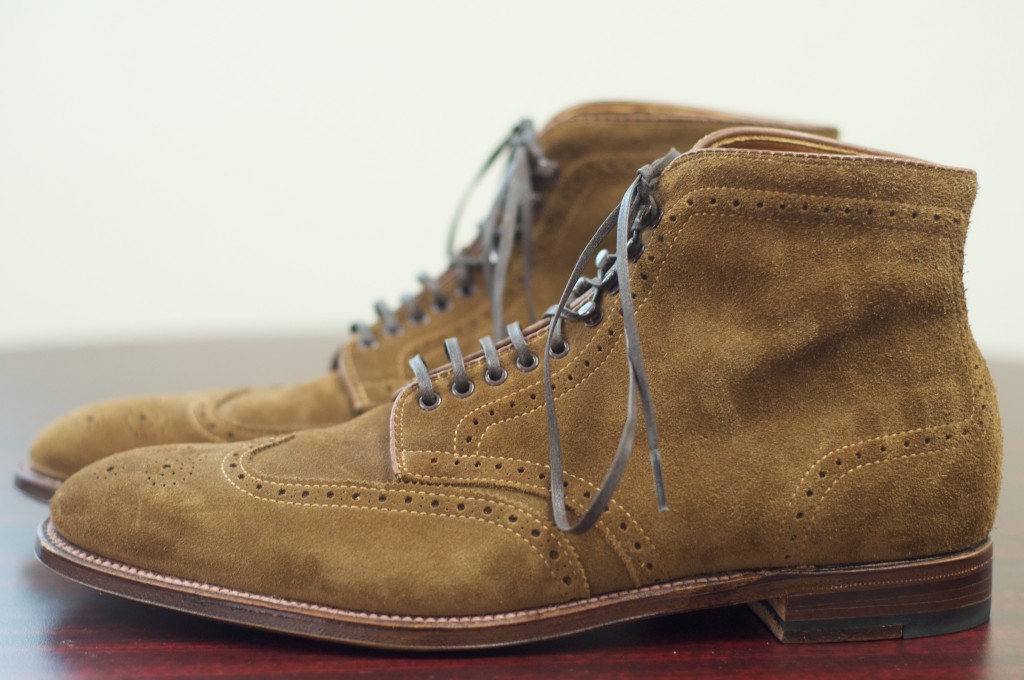