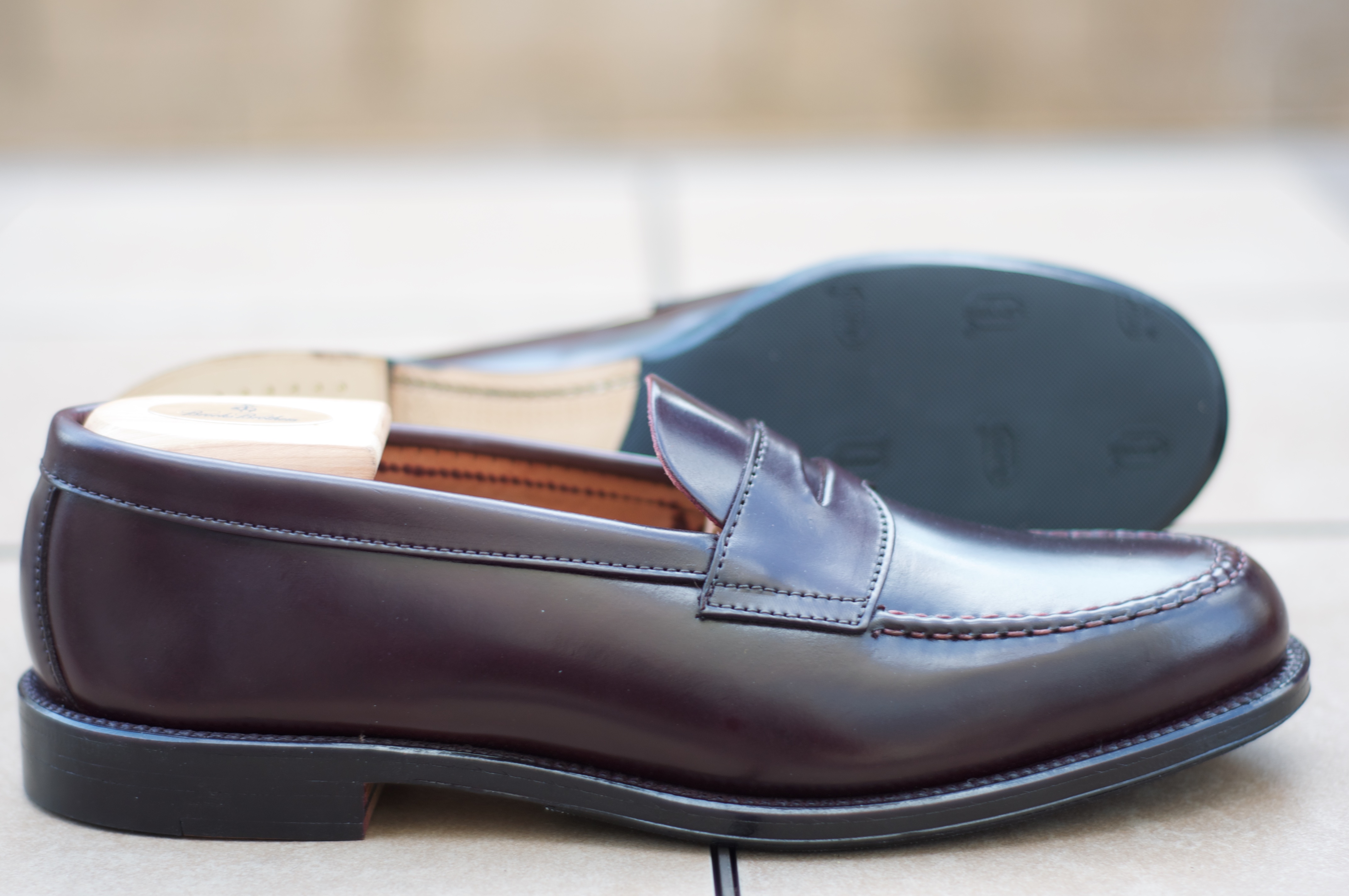 Extending the Life of a Leather Sole

Alden makes fantastic shoes from the upper to the outsole. Many may not realize this, but Alden largely makes their outsoles in house. They receive what are called “bends”, which are the thick leather slabs from their supplier and they cut them in house for the purpose of making the pair of shoes. They also do some additional tanning in house of the leather soles, particularly soaking them in oil in order to improve their foul weather performance and their flexibility. They do this to the extreme with their Double Waterlock and Flex-Welt Outsoles, where they do a lengthy soaking in oil in order to significantly update the performance characteristics of their soles for flexibility and water repellence.

An Alden Leather Sole on the Ravello NST Boot. 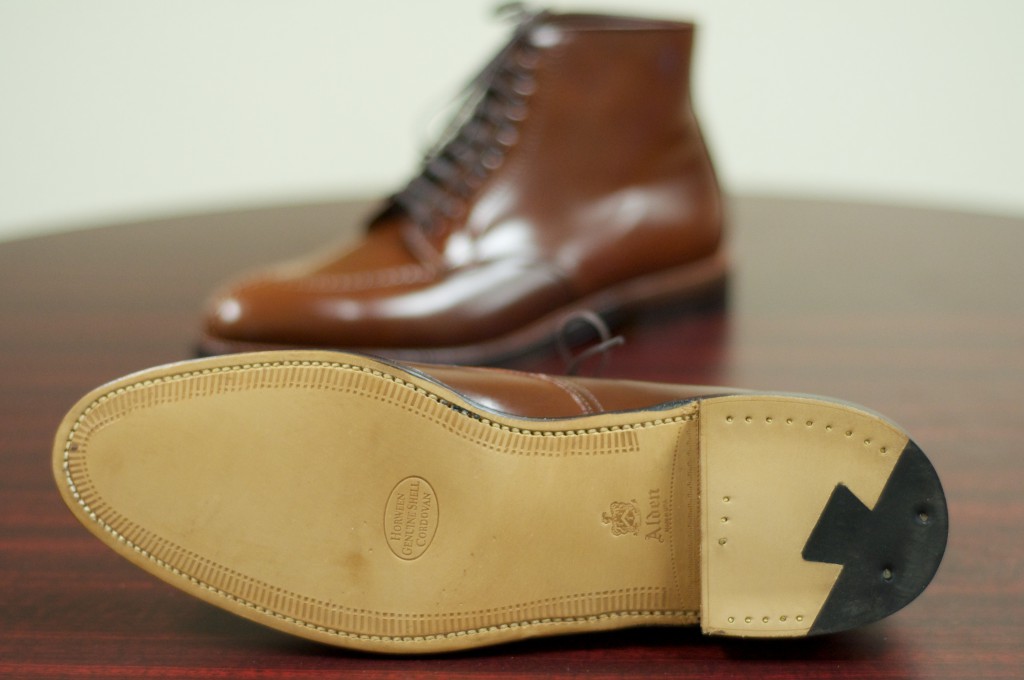 By protecting the sole, one can greatly extend the life of the shoe. Yes, Alden’s can be resoled and have a new sole installed on the shoe, however, this process is strenuous on the shoe. Frequently when the shoe is restored, the welt, which is a durable and flexible piece of leather that attaches the sole to the shoe, needs to be replaced. Doing such, requires re-attaching the welt to the upper, which adds more holes into the bottom of the upper and after a few re-soles, the uppers typically can’t take it anymore and can no longer be resoled. Most cobblers will try and re-use a welt as many times as possible for this reason.

There are a two main options for protecting the soles and thus extending their life. The first is to put taps on the shoes and the second is to sole guard the shoe.

Taps come in two types, flush taps and protruding taps. As their names imply, flush taps are made to be flush with the sole whereas protruding taps are mounted on the surface and protrude out of the sole. I typically associate flush taps with metal. They are typically metal, because they aren’t easily replaceable and you want them to last a long time. There are trade-offs when going with metal taps. Metal taps are very strong and will last a very long time, however, they can scratch hard surfaces and can be loud if walking on a hard surface. If you do a lot of side-walk or tile floor walking, you may want to consider something else. Also, they could potentially damage hardware floors or softer tile floors. My office building has a lot of tile floors and I have hardwood at home, so metal taps have never seemed like a good option to me. The alternative to flush taps, are taps that protrude out. These can come in metal and plastic taps. Most people who go with protruding taps, go with plastic ones. Plastic taps do not last forever, but they can be pretty easily replaced and they don’t have some of the cons (such as scratching or clicking) that metal taps have. 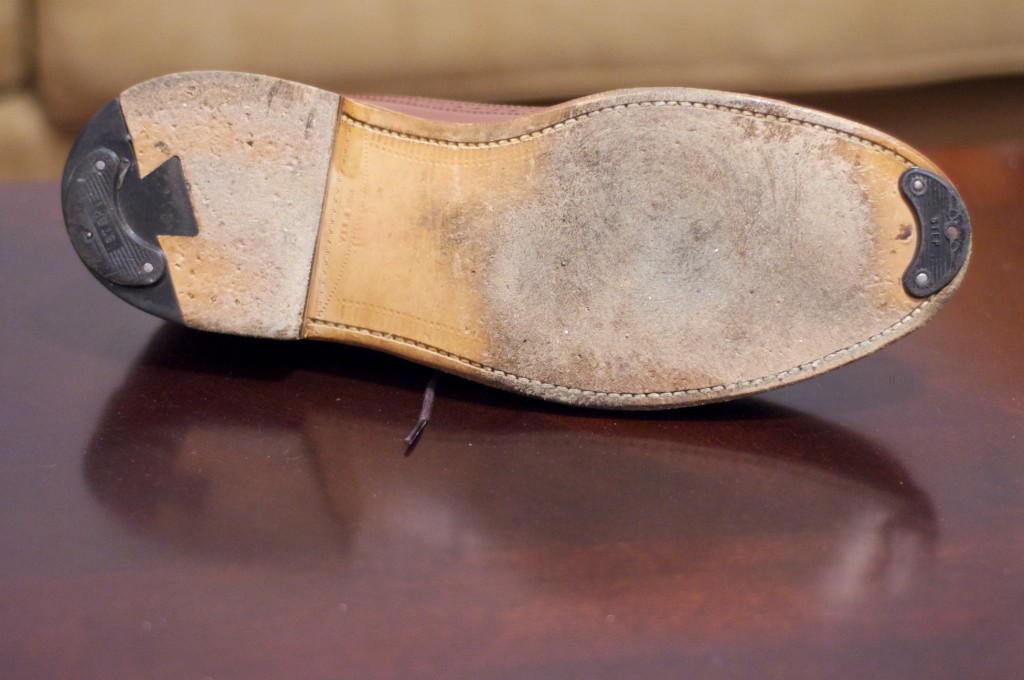 The second option, and my preferred option, is to have a sole guard applied to the shoe. A sole guard is a piece of rubber that covers the front portion of the sole. For an example of a sole guard, pictured below is a Color 8 Leisure Hand-Sewn with a Vibram sole guard applied. By adding a sole guard onto your leather soles, you are now wearing down the rubber sole guard instead of the leather. Additionally, the sole guard will provide additional traction in inclement weather (not a big concern in San Diego). When the sole guard is sufficiently worn down, they can be replaced. The main con, in my opinion to a sole guard, is that it doesn’t look quite as sexy as a leather sole does, however to me, it is barely discernible. Some have said that they don’t like the feel as much, but the feel doesn’t bother me at all. 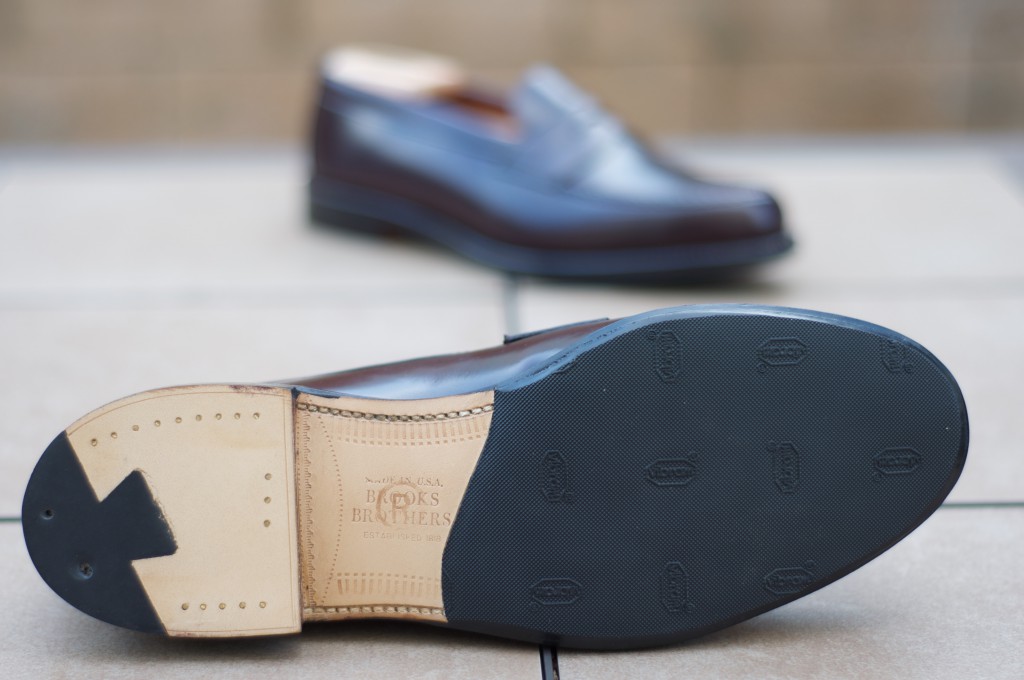 A profile shot of the sole guard. A well installed sole guard can be installed such that it is barely noticeable from the direct side and impossible to notice under normal circumstances. 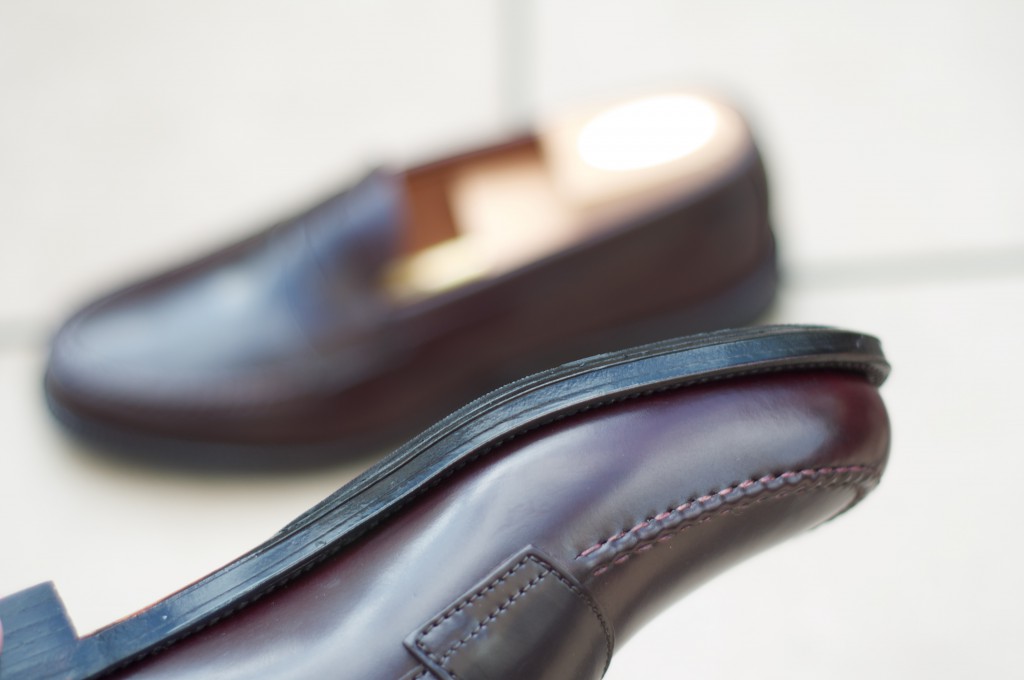 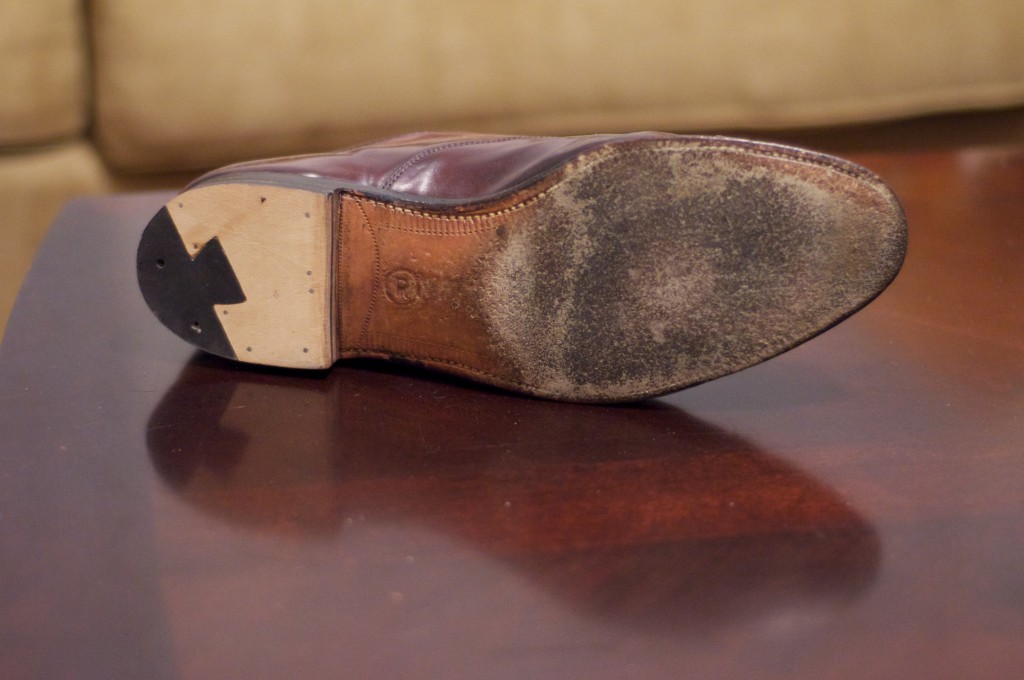 Frankly, after trying out toe taps and sole guards, I plan to install a sole guards on my leather soled shoes.