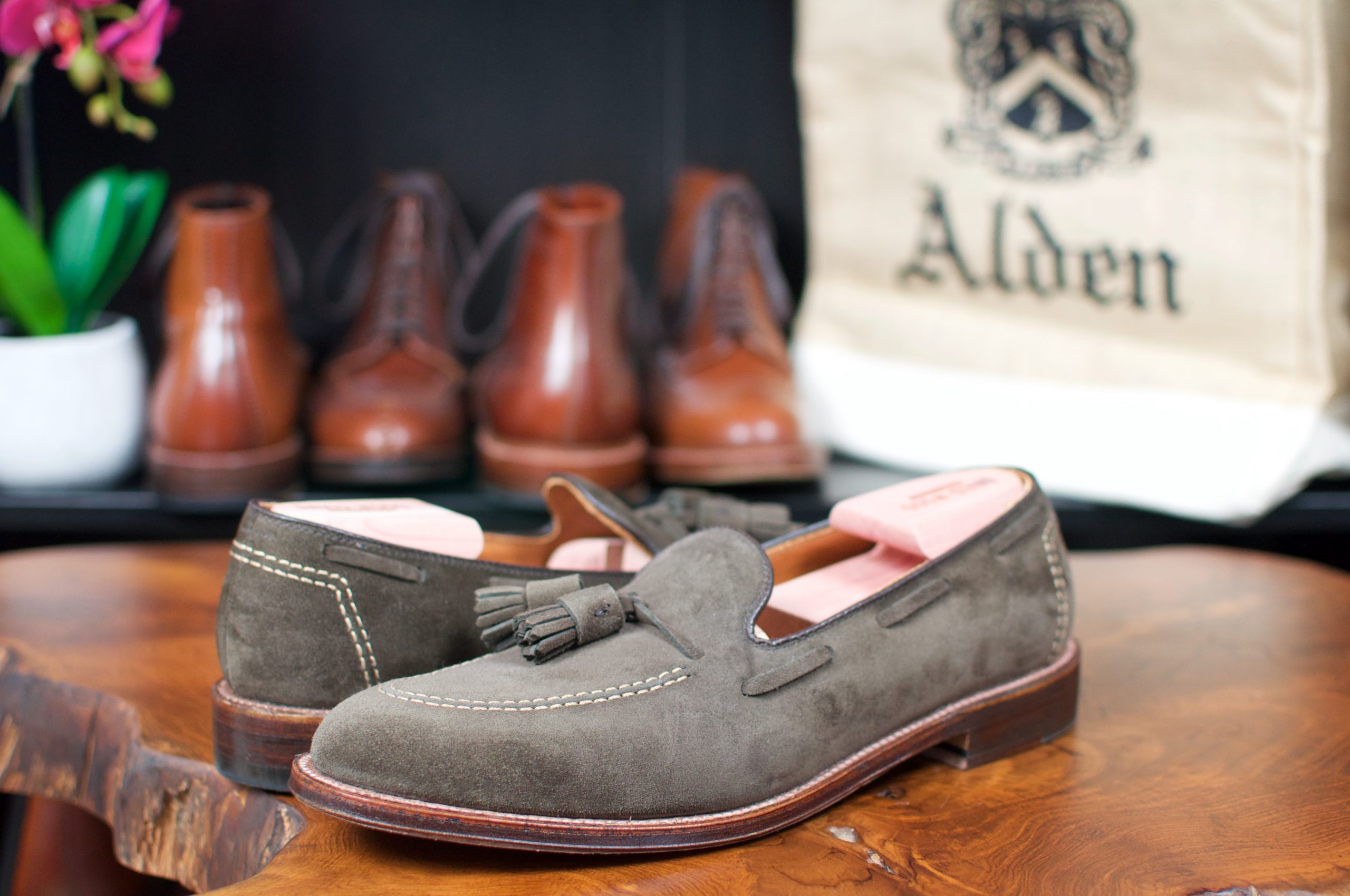 If you have browsed this site for any period of time, you probably have come to realize that I love loafers. Living in Southern California, where the weather is 72 degrees and sunny most of the year, loafers are perfect. Easy to get in and out of and comfy in the warmth. Alden’s Tassel Loafer is no exception to that norm. This particular pair of tassel loafers are particularly special to me. That is for two reasons, first it technically was the first pair of Green shoes that I ever ordered. Second, and more notably, this is the first, of ALL of my Tassel Loafers, to have the elusive foxxed heel.

Fortunately, Alden is now allowing other retailers to use the foxxed heel detail on their Tassels! This is the first, that I have in my current pipeline, to have this detail. Although relatively minor, it does take the loafer to the next level.

This special make-up, called “The Casco”, was done by David Wood in Portland, Maine. The Tassel is made around Alden’s Copley Last, which has a really nice shape to it. It is not quite as long and elongated as the Aberdeen is, but it isn’t too far off to have have significantly different proportions. The loafers are made out of Loden Suede, which is quite an interesting color actually. It has a nice muted green shade to it, not overwhelming, but nicely balanced between green and gray. They have a Flex Welt and has a 360 degree flat welt. The stitching around the vamp and on the heel is Berry Gold, which provides a nice contrast appearance to it.

Overall, this is a beautiful and nicely detailed loafer that any would be fortunate to have in their wardrobe!