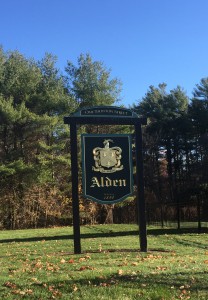 The Alden Shoe Company was founded in 1884 by Charles H. Alden in Middleborough, Massachusetts. Production in the original factory consisted of custom made boots, and custom quality shoes for men and boys. In 1892, the factory was moved to larger quarters in North Abington, Massachusetts and remained there until 1931 when Mr. Alden retired. Mr. Alden had a financial partnership with the Tarlow family at that time and upon his retirement, the remaining shares of the Alden Shoe Company were acquired by the Tarlow family.

Alden Shoe Company is a family owned business with a history that now spans four generations of shoe makers.

Some of the Alden innovations have been the removable golf spike (Alden no longer manufacturers golf shoes) secured in a flexible steel plate and the original pattern for the now world famous tassel moccasin design.

Along with producing Goodyear welted men’s traditional shoes of extraordinary quality, Alden has pioneered the field in orthopedic shoe designs enabling the proper fitting and re-balancing of problem feet. Alden is the acknowledged leader in this highly specialized field. The research and development of orthopedic products has contributed greatly to the comfort and fit of Alden’s traditional dress footwear. 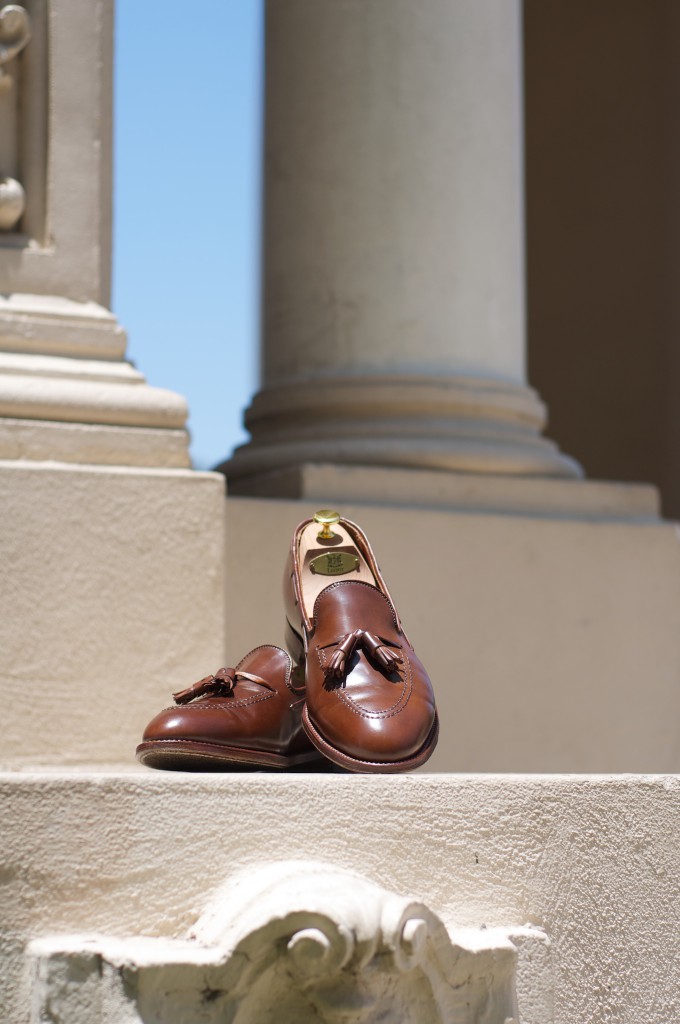 After the second world war the famous American character actor, Paul Lukas, asked the shoemakers of Farkas and Kovacs in New York to make him a pair of shoes on which the leather lace was woven through the topline with tassels at the ends. When the shoes were ready Lukas was pleased with the design, but unhappy with the uncomfortable fit. He therefore took one shoe to Lefcourt in New York and asked them to develop a better version. The other shoe, he gave to Morris Bootmakers in Beverly Hills, California with the same request. Not coincidentally, both stores came to Alden with the request to create a tassel design.

Alden not only designed a completely new pattern for the shoe, but also a new last. What was originally a lace shoe, was now a slip-on with the leather lace and tassel kept as decoration. By 1950, all changes and enhancements had been made and it was decided to start production of the shoe. By 1952, Lefcourt and Morris Bootmakers were carrying over 20 variations in color and leather. In the years to follow, the tassel loafer was introduced in traditional clothing stores across America and since then has known an ever increasing success.

Although virtually every manufacturer now offers an imitation of the tassel moccasin, none has achieved the overall balance, good looks, and comfortable fit of the original Alden design. Over the past several decades, since its introduction, the tassel moccasin has become one of the foundations of classic American style and now enjoys an increasing popularity internationally as well.